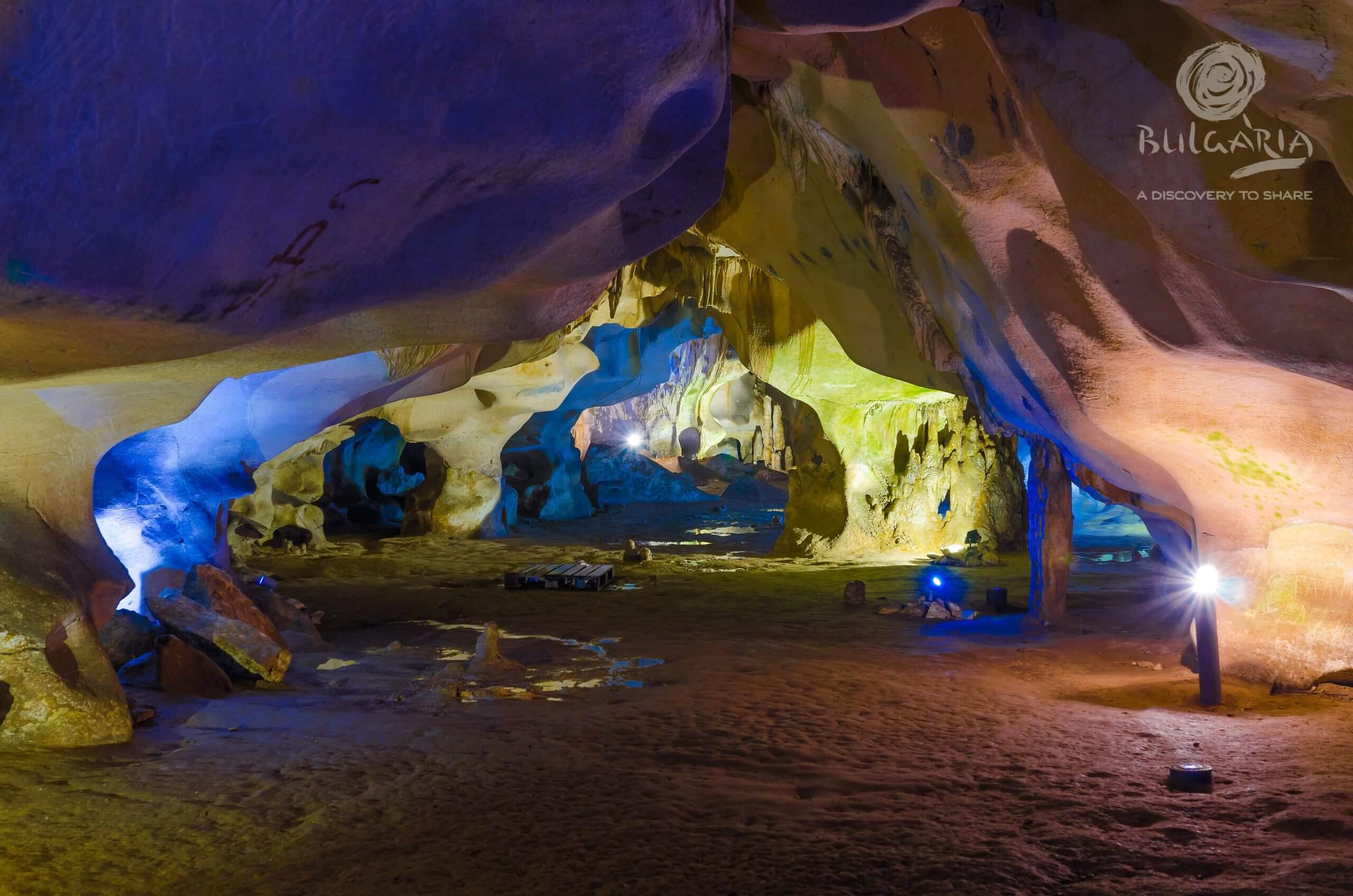 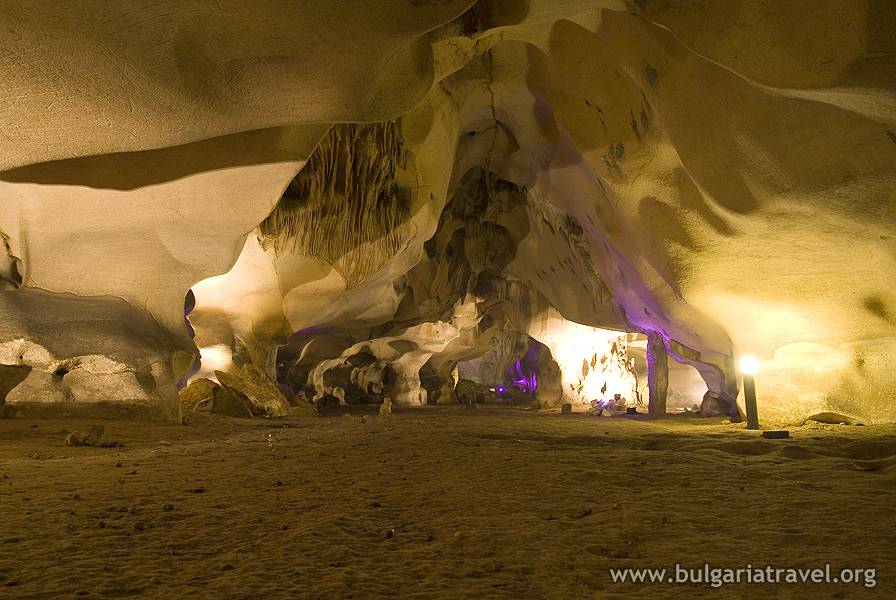 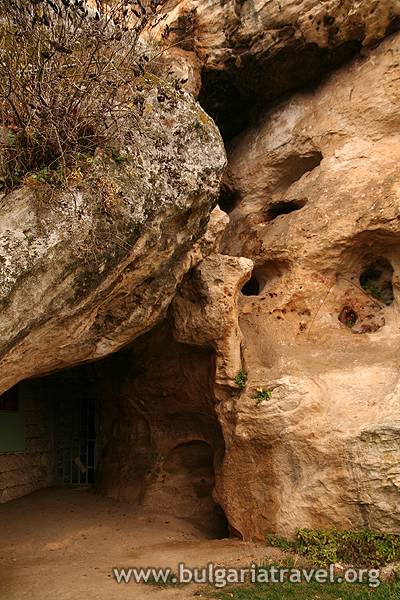 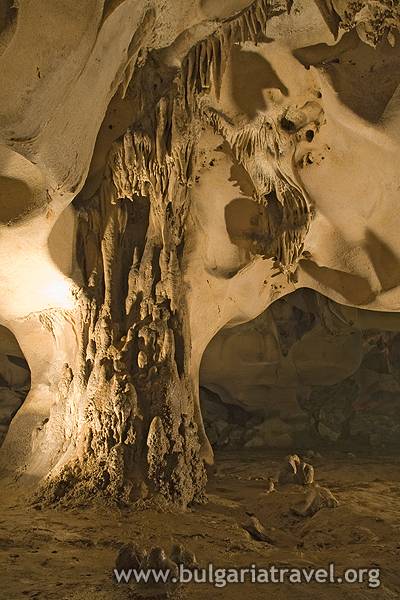 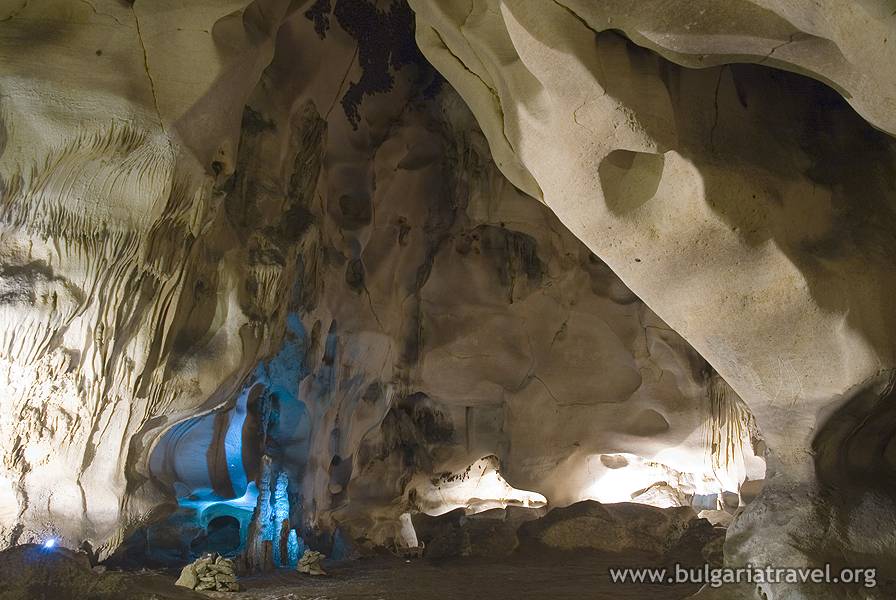 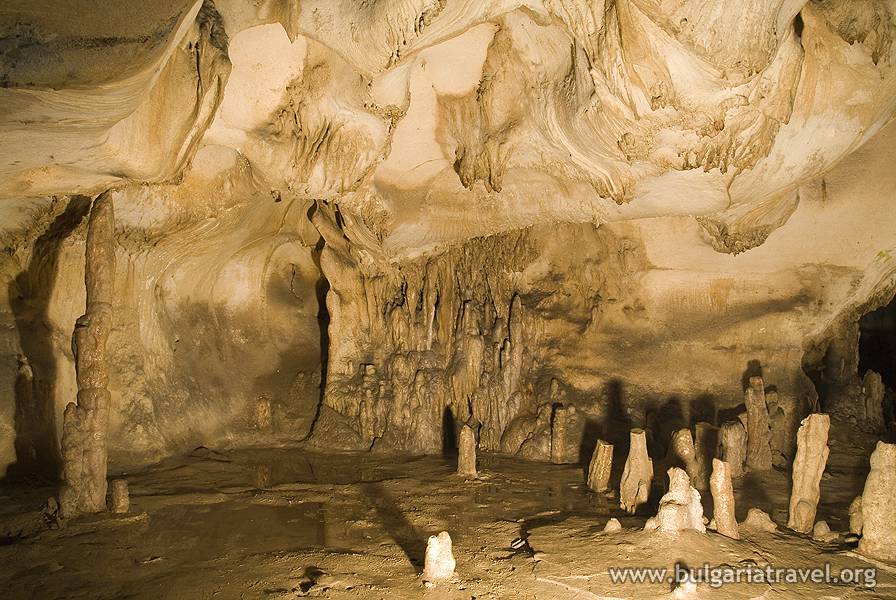 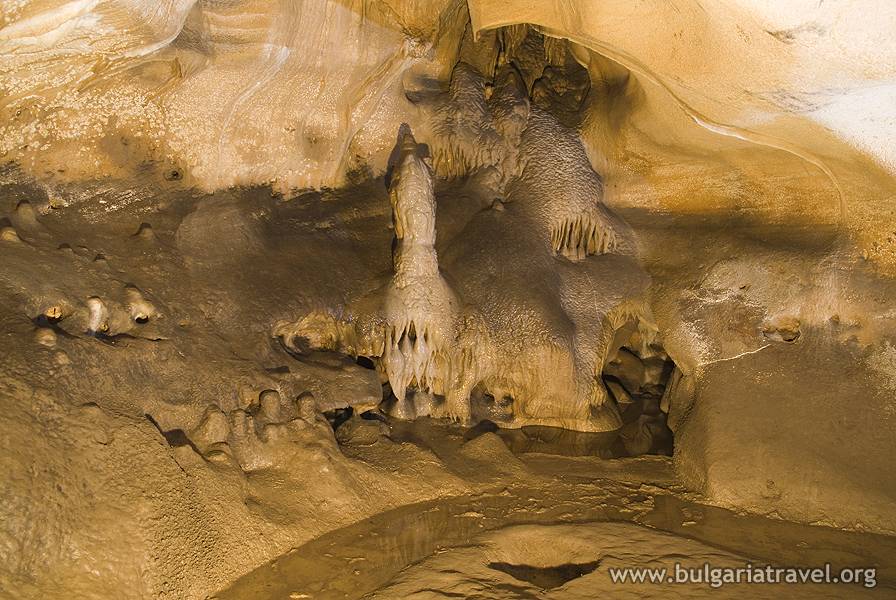 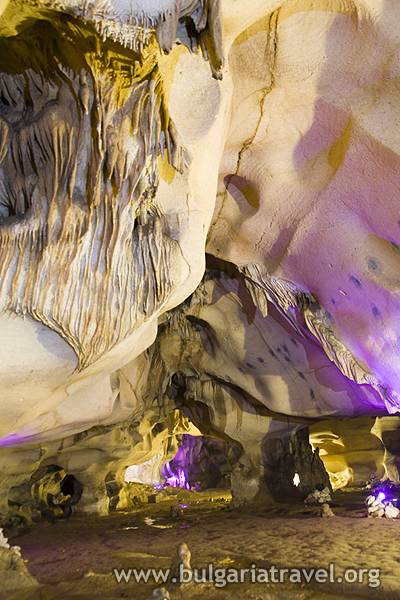 Orlova Chuka cave is situated in the Danubian hilly plain, at the right slope of the valley of the river Cherni Lom, 6 km east from the town of Dve Mogili.

It was formed at the end of the Pliocene Epoch and the beginning of the Quaternary period when it was a river-bed of an underground river. It consists of a complex system of tunnels and halls with a total length of the galleries of 13,437 meters which makes Orlova Chuka cave the second longest cave in Bulgaria. It was discovered in 1941 and developed in 1957, and declared a natural landmark in 1962.

Orlova Chuka cave is open for tourist visits from 1 April until 1 November from 9 am to 5 pm. Accessible to tourists are the entrance, the easily-accessible and illuminated areas of the cave. Some of the landmarks include the Concert Hall, the Big Stalagnate, the Little Abyss, the hall Big Screes, and the sinter pond Little Spring.

If you are coming by car from the south along the road to Ruse, take a turn toward the town of Dve Mogili, drive through the town and exit it along the road that goes parallel to the railroad track. Soon you will cross a railway crossing, then at 1.5 km after it there is a fork at the right side toward the cave. If you are coming from Ruse, follow the road to Ivanovo and after you pass the forks for the villages of Koshov and Cherven, look around for a small sign that says Orlova Chuka. From there to the entrance of the cave, there are around 3 kilometers and the cars are parked a little distance before that.